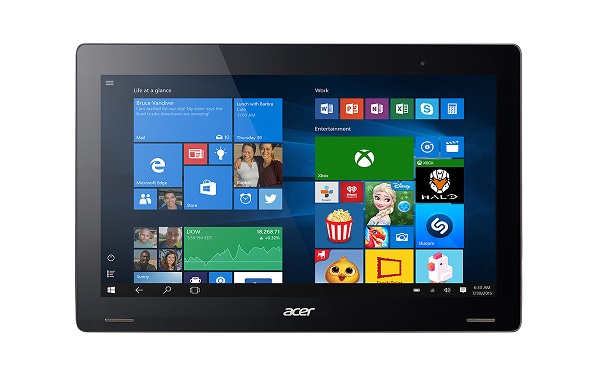 It is not a very long time ago when Acer showed their Aspire Switch 12 S. They brought it in January and it seems that we will get the next edition of the same gadget very soon. Some latest leaked images show the details of “Acer Aspire Switch Alpha 12S (SA5-271)” which is considered to be the next model of this series. The name is certainly very long. Isn’t it? Most of the specifications will appear almost the same but it may not have the same design.

The upcoming model can have a 12 inch screen which is a little smaller than the current 12.5 inch screen. Images are giving a hint that Acer Pen can be the part of this model with stylus input support. The gadget can dominate the segment because it can have the new sixth generation Intel Core i5 Skylake processor. It is certainly impressive. Right? The model can have 128GB internal memory and company may include a 4GB RAM here.

Acer is including cameras on front as well as rear section. Currently the details of these cameras are not clear. The gadget can have USB-C connector and it can have USB 3.0 port also. Some reports are claiming that Acer is planning to include Intel’s Real Sense technology here. This will certainly help to increase the quality of camera. Users would be able to design 3-D images comfortably which may bring a new function in Acer gadgets. The gadget can have an IPS LCD display and the functions may work with Windows 10 Home Edition. The Aluminium design will certainly try to grab the attention.

The built-in kickstand is going to be supportive for many users. The keyboard can be the same like Microsoft Surface Pro and company may include an active digitizer support here. There can also be a thermal liquid cooling system to keep the hardware away from overheating related matters. It can be a 2-in-1 device which can be valuable to manage your professional life as well because important laptop features are also available. We may get more information about it very soon. Acer is planning to organize a global press conference on April 21st in New York. Therefore most probably Acer is planning to launch this model through this event. We may also see some other products as well here. We will provide you all the related information as soon as company launches the device officially.