Apple May Offer Wireless Charging Support in all 2018 iPhone Models 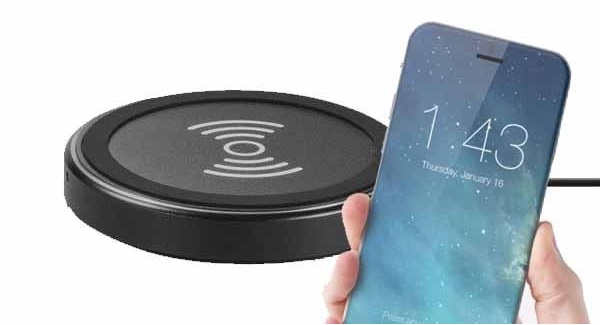 We are regularly bringing updates related to the upcoming iPhone models of this year. A few days ago we talked about the type of iPhone models which we may see at the time of release. Now some new reports have arrived and it is related to the function which many users are waiting from last two years. People close to the industry are saying that we may see the next iPhone model in September. The company may offer three different types of models this year. A special ‘budget’ iPhone is also expected to arrive. Therefore the excitement level is increasing with every passing week.

There are some new rumours related to the upcoming 2018 iPhone models. Now this time the information is not related to the specifications but for an additional feature which we may see at the time of release. Some industry insiders were saying that the Cupertino based company was working on AirPower wireless charging mat for more than one year. Apple was not saying anything about the availability of this gadget. Now according to the new rumours, Apple may offer this gadget in 2018 and it will be able to charge the entire 2018 iPhone lineup. This is certainly very important information for many iPhone fans because they are waiting for this feature for a long time.

Apple was working to include Qi wireless charging feature in the upcoming iPhone models. However, they were facing some technical hurdles to add this function. Now it seems that they have successfully removed all those hurdles and now the feature is expected to be the part of the series. People close to the industry are saying that Apple is now ready to offer the advanced coil system in the upcoming device. Therefore AirPower would be able to charge the devices comfortably without worrying about the order they are placed on the mat.

The cost of the device is the next thing which many users will check before placing the order. The reports claim that the price can be $149 at the time of release. Therefore it is appearing pricey but we can say that it may not go beyond the cost of a pair of AirPods. This new mat is expected to be able to charge three different devices simultaneously. So what are your thoughts about AirPower? Share your views about this device.