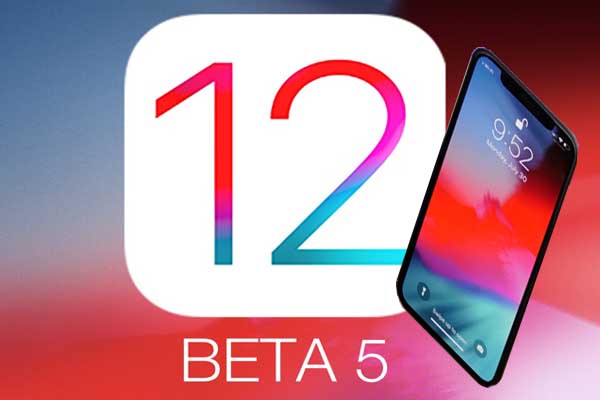 Apple brought iOS 12 Beta 5 for developers. This new development shows that the Cupertino based company has some new plans for the upcoming iOS models. The new Beta edition of IOS 12 is now available for registered developers. Therefore developers can now test this section to know more about the upcoming operating system. You may remember that iOS Beta 4 arrived around two weeks ago with additional features. Now the new Beta is ready to show more capabilities and developers can test iOS 12 Beta 5.

It is now more than a month when Apple introduced this new operating system through WWDC event. Most of the users didn’t expect that Apple was looking to bring some major changes this year. The first major change can be the availability of dual-SIM models in the future. Yes, it is correct. The new IOS 12 Beta 5 gives a clue that we may see the official dual-SIM support in future iPhone models. The changes are expected to be at the software level in the beginning. There are some references in the report which clearly give the hint for dual-SIM reports. The words like ‘dual-SIM device’, ‘second SIM status’ and many more suggest that Apple has some plans for the dual-SIM device.

iOS 12 brings many changes to the original operating system. We will see the devices working faster and the new security updates will also assist the users to keep the data safe. The operating system is going to be valuable for many old iPhone and iPad models also. The speed will assist the users to utilize the functions with ease. Siri is going to be more supportive than before. You would be able to create multi-step custom notifications with the help of various apps through shortcuts. Therefore it is not tough to understand how beneficial Siri is going to be in the future. Use the features of first and third party apps to use the power of the device.

There are many other things which prove that iOS12 will be a commanding OS after the release. The new splash, as well as explainers, will be functional to check various features. The wallpaper saturation has also been increased this time. Moreover, the notifications will have a new way of arranging the text sections. Control Center will also see some changes. One of the best things is the proper organization of icons. Therefore if you are a registered developer, then you can check the latest updates by visiting the official website.