In Weibo social network, Meizu co-founder and executives shared upcoming Meizu Pro 5 pictures on their official page. At first, the flagship unlocked with a code name “Meizu NUIX”. Later on, we got more and more updates from Bai Yongxiang (President of Meizu). Now the same device renamed to Pro 5. PhoneArena recently posted an image of retail packaging that shows the logo of Meizu Pro 5 printed. The allegedly leaked image has a similar kind of texture in the new image, so it probably seems to be Pro 5 Smartphone. As you can see in the image, the device has furnished with a rounded corner edge like Google’s upcoming Nexus 5. This is going to be a great battle on all high-end Smartphones. 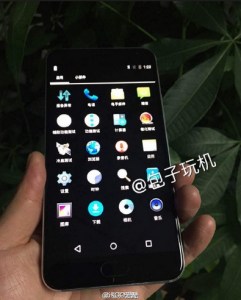 Akin to Samsung Galaxy Note 5 screen size, Meizu Pro 5 is sporting 5.7-inch display screen that support up to 1080p resolution. There are some speculations on chipset, it is said that the Pro 5 will come out with two different variants such as 2.1 GHz octa-core Exynos 7420 SoC and deca-core MediaTek MT6797 processor.

The consumers have all rights in processor choice, that boost 4GB RAM. At front, we have 5 megapixel facetime camera and 21 megapixel rear with autofocus. It confirms that the device powered by Android latest version operating system (Lollipop). While considering its hardware, there is a high chance to get Android Marshmallow (6.0) update in the future -once it launch. We are not sure about the presence of expandable memory slot, but the company initially added 64GB phone memory.

In a recent test result, Pro 5 scored 1550 in single-core and 5593 in multi-score benchmark test. Meizu brand also scored well in previously released Meizu MX4 (2014). According to the press release, Meizu Pro 5 hit the market on September 25, priced with (CNY 3000) $450. We look forward high end features and utilities in the device. What’s your view on Meizu upcoming Smartphone, feel free share your opinion on comment below. 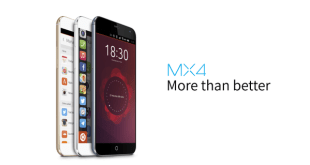