ZTE Will Be Releasing a New Foldable Smartphone 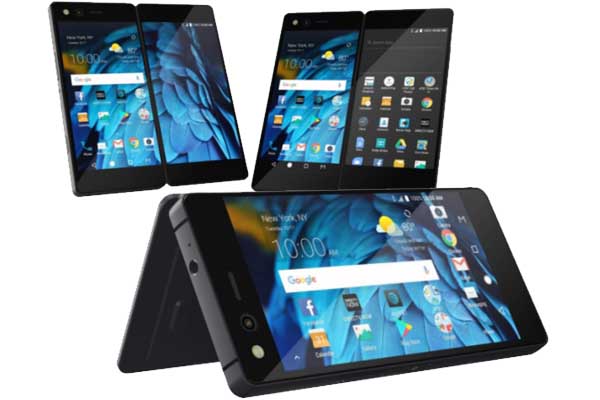 Noelle Neff is a rising entrepreneur. She is an aspiring photography with a unique and beautiful flair to her work. She uses her skills in photography with the latest technology. She also uses networking skills to create a relationship with clients. She continues to show the beauty of the world in her photographs.

With new phones on the rise, it is not surprising that every brand is coming out with a newer model. ZTE is making their mark as well. ZTE announced they will be releasing a brand new smartphone. It’s the first smartphone that can fold in half. It’s called the Axon M. The phone’s equipped with the Snapdragon 821 chip. It carries 4 GB Ram with 64 GB of storage. The storage has the ability to increase with the use of a microSD to 256GB. The displays are 1080 LCD screens. Both screens have added protection with Gorilla Glass 5. Total length is 6.75 inches when measured. It’s scheduled to be available at the end of the year through AT&T.

The new screen on the phone is something claimed as the first in a new and different smartphone category. It is one of a kind. The display lets users the screen in four different looks. The first is the dual screen mode. The second is the extended version. Third, the mirror mode and the last is the traditional phone setting.

The dual screen is the screen that’s estimated to be the most popular on the phone. It makes life convenient with the ability to look at two different things at once. The phone also has the capability to use these screens in both portrait and landscape views as well. Users can pull up their calendar while talking on Skype. They can bring up two different windows on the internet. They can also watch videos or lectures online while taking notes underneath it at the same time. No more fumbling with pen and paper while trying to watch videos.

This is the mode that businessmen will like. The ability to extend the screen across a wide space gives a better view of important documents. It also gives a bigger and better screen to play games and watch movies on. Children will like the bigger screen for games on the road. Mom and Dad can use it for business between meetings at work.

Mirror mode does exactly what it says. It mirrors the image on the other screen. This is a good visual when playing a component in a two player game. It can make it easier and more fun to beat the other person.

When the phone is in this mode it looks like any other phone. The buttons are along the edge of the phone while the sensor for users fingerprint is at the button. This button is also the power button to use as well.

The final review of users will show in the months to come as it hits the shelves in stores around the country. For right now we can say that it is a phone that’s never seen before. Its functions are different and there are a lot of good points to the four different views of the screen. It could make life easier and more convenient and be the next big hit to fly off the shelf.