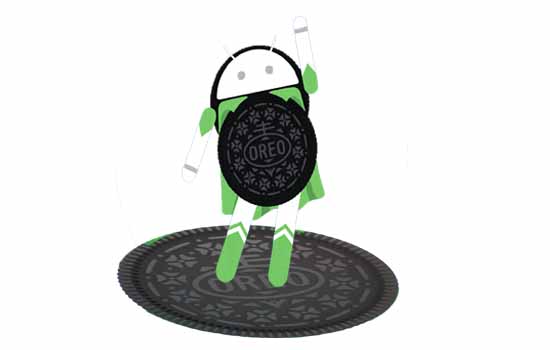 The third quarter of 2017 is appearing to be the most important quarter of this year for the technological world. We all know that Samsung is going to organize a special event to launch Galaxy Note 8 and Apple may show iPhone 8 next month. Google is also getting ready to improve the power of Android devices as they officially brought Android 8.0 Oreo into the market. The company organized a special livestream programme through which they brought the next Android operating system. This operating system was accessible to developers from the first quarter and they were aware of the developments related to it. However, the stable releases always take some time to arrive.

This new operating system is now finally here and the name is Android 8.0 Oreo. Google dropped the hint some time ago that this Android system may either be called as Android 8.0 Oreo or Android Oatmeal Cookie. Now the name is final and this operating system is going to enhance the power of the supported Android devices. There are many new things which can give the new appearance and power to the gadgets. The devices can now have fresh icon shapes as well as different dots for notifications. You can now use picture-in-picture mode and this is the major update in this segment. The gadgets can now have smart text selection. Therefore the OS will reduce the burden of choosing the texts every time.

Google always pay attention towards enhancing the security of the devices. The new Android 8.0 Oreo has enhanced security features. The speed of the gadget is also going to be increased this time. The User-Interface can now work in an innovative way. The most striking feature is the support for adaptive icons. Therefore we will now see the devices with different types of icons which can give a fresh look to the gadget. There will be re-designed as well as new emojis also.

Connectivity features have also been improved through this operating system. You will now be able to use Wi-Fi Aware which can be highly supportive to get the connectivity in an energy-efficient manner. Internet connection or Wi-Fi Hotspot is not required to discover the supported hardware for chatting with others. Therefore the operating system can be beneficial for many users around the globe. Many top OEMs will offer the new operating system to their customers. Samsung, HMD Global for Nokia, Essential, HTC, LG, and Motorola are getting ready to bring it for their customers.