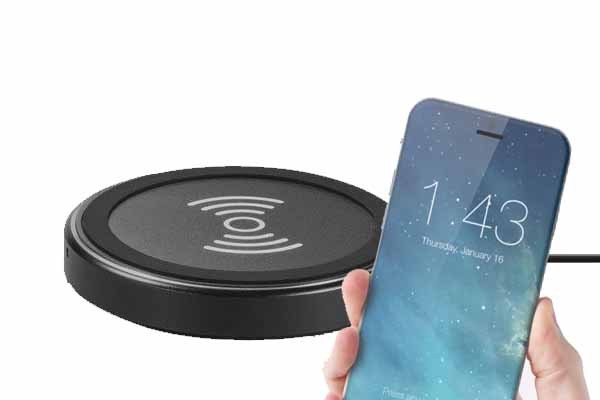 iPhone is going to celebrate the tenth anniversary this year. Therefore a lot is expected from Apple in 2017. This Cupertino based company is known to bring innovative technologies through their gadgets. So the chances are high that Apple may celebrate the tenth anniversary of iPhone by adding some new functions on the gadget. A few days ago we told you that Apple is looking to bring three iPhone models this year. The first model can be iPhone8 while the other two models can be iPhone7S and iPhone7S Plus. Most of the new functions may arrive through iPhone8 whereas the other two models are going to be enhanced versions of the current iPhone model.

Last time we discussed that Apple is going to bring some wireless charging features in iPhone8. The capacity of this new charging facility may appear a little different from other similar models available in the market. Now some new reports suggest that the images of the wireless charging tools leaked and they are giving some idea about this feature. This new part may rest just behind the glass back of the gadget and it will allow the inductive power transfer with ease. We discuss the point with you that Apple was looking to include glass backs this year. It is almost certain that iPhone8 may have a glass back and wireless charging support. However, there is no information if iPhone7S and iPhone7S Plus are getting these two new features or not.

Some sources are saying that Apple may offer the wireless charging feature as an optional tool. Users may have to purchase this tool separately. There will be the charging facility through wire also. So it is up to the user to choose the gadget charging tools. Many specialists are claiming that wireless charging feature may utilise standard Qi technology. Therefore we may see some third party solutions which may make the difference after the release.

Many rumours also suggest that the work related to this new type of charging may not arrive with iPhone8 at the time of release. Some specialists are saying that Apple is still working on this section and they may release this new feature sometime later with the new software update. Apple may release the new models in September. Therefore the date is not far and we may get the official details soon.