Symbolism and mantras of lord Shiva 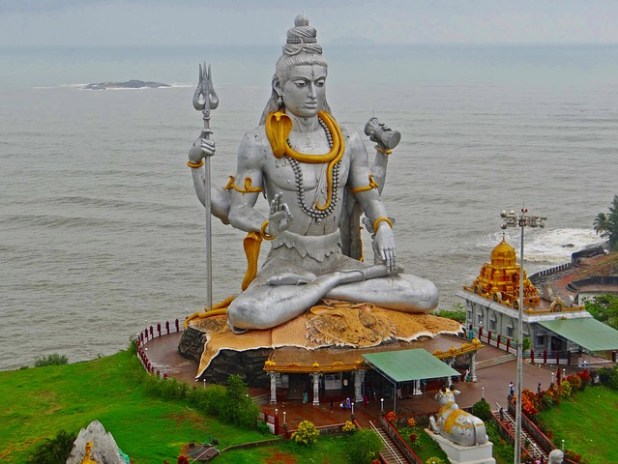 Lord Shiva carries a unique symbolism in him than other Indian deities. His body structure is beautified with different things from top to bottom. He carries very unusual things on his body, and each thing defines its own mantra, some of these are:

Mantra: Om gangneshaye namah: river Ganga is fangled in hairs of lord Shiva. Only one string of river ganga is flowing on the earth from lord Shiva’s hair, this one string is equal to 7 streams of river ganga, named Bhagirathi ,jhanvi ,bhilganga ,rishiganga, saraswatia and alaknanda.

Mantra: Om nilkanthaye namah: lord Shiva also known as nil kanth dev because of blue throat by consuming halahal poison which occur during sagar manthan procedure between dev and detiya to save the world.

Mantra: Om trilochnaye namah: only lord shiva had a third eye on his forehead, than other deities. Third eye of lord Shiva is symbol of destroyer, it is said that if lord Shiva opens his third eye whole world will be destroyed according to Indian mythology.