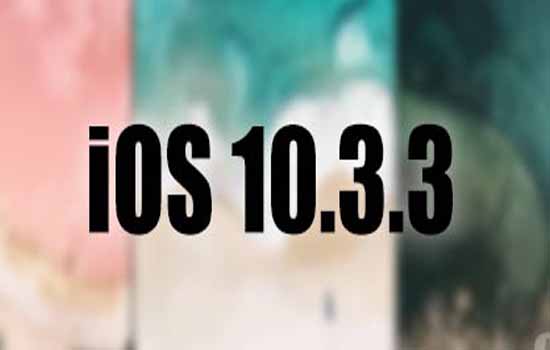 It is not a very long time when Apple showed Beta 2 of iOS 10.3.3. The second Beta arrived around two weeks ago and now the company is ready with Beta 3. Apple has released iOS 10.3.3 Beta 3 for developers. It has surprised a lot of people in the industry. Some experts have the view that the second Beta was not according to the expectations. Therefore the Cupertino-based company didn’t take much time to show the third Beta. Apple has already shown iOS 11 through WWDC event. However, they want to enhance the quality of iOS 10. It also shows the commitment by the company as they do not want to make any compromise with the quality.

There is no doubt that still a lot of work has to be done to improve the quality of the mobile operating system. The first two Beta editions of iOS 10.3.3 didn’t offer anything special. There were a few bug fixes but not up to the expected level. However, the new Beta 3 has some important bug fixes and security is also expected to be improved this time. If you are a registered developer, then you can download the new Beta 3 from Apple Development Center or through over-the-air segment. You may not find any additional features in this new Beta edition but the step is vital to improve the overall operating system. The developments in iOS 10 will certainly become the base of upcoming operating systems. Therefore these developments cannot be ignored in present time.

The major section is the wallpapers. The new operating system may appear highly valuable for iPad Pro users. The company followed the same thing while showing the previous Beta edition. Therefore you may not find much difference while checking the functions of the third Beta. Many users have also received the public Beta version for iOS 10.3.3 but it may not available for all at present. The new Beta edition shows the signs of some new features in Safari. It will be interesting to see how Apple is going to include these new characteristics in stable edition. The company is also checking the function to update the gadget through a remote server. Therefore these are the things which show the difference among various Beta editions. If you are a registered developer and love checking the upcoming functions then you can certainly try the new Beta version of iOS 10. The company may take some more time to include new things in the stable version.