BlackBerry Launches KeyOne in The UK 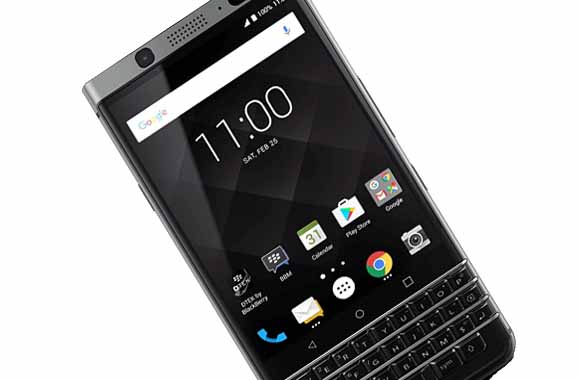 BlackBerry Keyone is finally into the market now. This model is in news from some time and many experts are taking it as a step by BlackBerry to show the strength. We all know that how popular the BlackBerry models were, till the arrival of smartphone era. Apple arrived in 2007 and it changed the face of the industry. BlackBerry found tough to compete with the environment and later on they lost the shine. However it seems that BlackBerry is not giving up and they are ready to face the new challenges of future.

The makers brought the model after a long time. The new BlackBerry Keyone has a unique look. The sale has just started in The UK as the gadget is available through their partner. You can find the usual BlackBerry QWERTY keyword here, but its combination with 4.5 HD screen is making the smartphone different. It is an Aluminium-framed handset with glossy body. The appearance is such that if you look closely then it will immediately grab your attention. Furthermore pixel density of the smartphone is 434 ppi whereas the resolutions are 1620*1080 pixels. Primary camera is of 12MP whereas secondary camera is of 8MP. BlackBerry is using Sony IMX378 sensor to give you the admirable experience. The model has 3GB RAM and you can utilize 32GB internal capacity here. If you love storing huge data then a microSD of 2TB can be very useful for you.

Many people are interested to check the operating system of this model. It seems that BlackBerry is now working to change as per the time. This smartphone is based on Android version 7.1 Nougat operating system. You can utilize the power of 2GHz Qualcomm Snapdragon 625 Octa-core processor. The model has Adreno 506 GPU and it has the RAM of 3GB. The gadget has the protection of Corning Gorilla Glass 4 protection. Many other things like USB Type-C port, NFC, and 4G connectivity makes it a good choice. It has QuickCharge 3.0 also. Therefore it is the model which can be valuable for many users.

The next important point which many people will like to check is the price. This smartphone is going to have the price-tag of around $549 only. The model is expected to be available within next weeks into the international market. The sale of this model is going to start from May 31st in the US as well as Canada. The pre-order of BlackBerry KeyOne is May 18th, 2017.