Rovio Entertainment, who made a mark on the gaming industry releasing wildly popular franchise ‘Angry Birds’. It is now set to expand in Asia to draw local customers after a financially difficult 2014.

The company experienced a 73% drop in earnings due to decline in the number of licensing contracts for Angry Birds brand. Rovio also had to cut about 110 jobs, to deal with the situation last year. The company seeks Asian growth and set to go with local companies. Alex Lambeek (chief commercial officer) recently announced, the brand is now focusing different part of the world where the brand’s presence has been low in the past. Rovio Entertainment is trying to make a comeback by partnering with various local companies, who are interested in doing business with the brand. 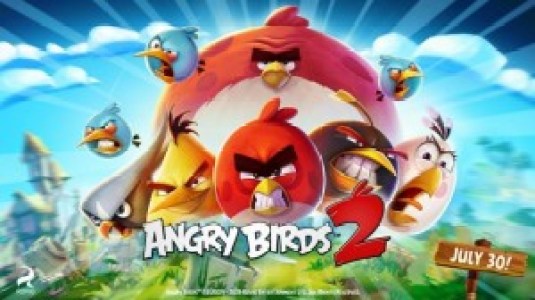 The first Angry Birds game was launched in 2009 on Android and iOS. And it became widely successful. The game involves flinging various types of birds using a slingshot that can be controlled with touch controls. Angry Birds 2 was launched in July 2015 and it brought new characters, HD textures, multiplayer mode and other new features.

The localization will lead to support for Chinese and other Asian languages. Rovio is already developing Chinese versions of the game which set to launch in coming days.

One example was recruiting Chinese actor-singer Li Yifeng, to market the game and offer fans that have a Kunlun login the opportunity to play against him. In Taiwan, players can log into the game using Facebook and Yahoo accounts. Rovio appointed a new director to oversee the brand’s expansion in India as well, where over 500,000 users have downloaded Angry Birds 2. The brand will be working with Indian telecom operators to draw customers that have a low disposable income. An Angry Birds movie is also set for launch in May 2016. Rovio entertainment wants to raise interest in the game ahead with movie premiere.