Google announced new OS version for android operating named as Android M (6.0). In which, most of the people confused what is “M” in Android M OS. Apparently, all android OS version has dessert name like Kitkat, Jellybean, sandwich etc. Dave Burke (Android VP engineer), posted an image in a twitter account. A green droid holding Marshmallow in front of company headquarters at Mountain View. 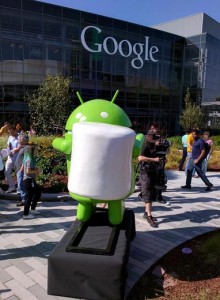 Jamal Eason (Google product Manager) says, “Whether you like them straight out of the bag, roasted to a golden brown exterior with a molten centre, or in fluff form, who doesn’t like marshmallows? We definitely like them”

According to official press release, company unveiling Android M (6.0) in the month of December. A Few month back, there was a rumor spread about Google partnered with LG and Huawei to release two new Nexus Smartphone. Few rumors also suggests, Google is going to unlock two new Nexus 5 powered by Android M. An image of Nexus 5 allegedly leaked online, that shows a circle on the back panel which seems to be a fingerprint scanner. 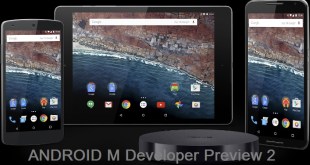