Apple Watch 2 may Have One Glass Solution Display 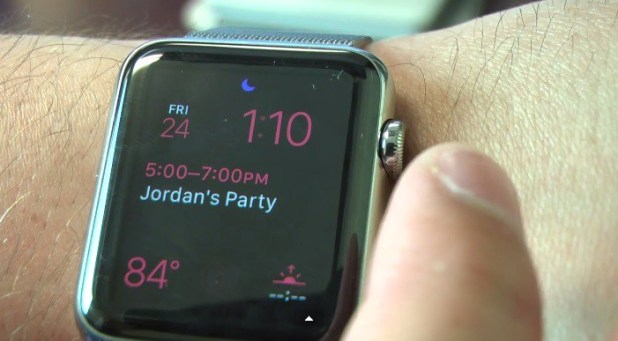 We recently discussed many points about the upcoming iPhone 7 and MacBook Pro 2016. However these are not the only two gadgets which Apple is planning to launch in coming times. They are also working on the next-gen Apple Watch and this upcoming gadget may appear somewhat different from the current model. A lot has been said about the current Apple Watch so far. It is well-liked by many people. However still there are some points which we cannot ignore before purchasing this model. The most important point is battery. Some experts are not satisfied with the battery power of this gadget. The second point is thickness. It is not very much thick. However certainly not the best if we compare it with some other similar options.

Apple knows it very well and it seems they are working on these sections. There are some internal reports about Apple Watch 2 model. People are saying that this model will be launched with some major improvements this year. The first edition of Apple Watch arrived in April 2015 and now we may see the second edition in September this year. It can have a thinner wearable which most of the people will certainly like. It can have a much thinner display in comparison to the current model. The “One Glass Solution” which may be called as OGS by Apple in coming months will be ready to grab the headlines of this industry. It will be all set to replace the old touch panel. These points are clearly giving some idea how the upcoming Apple Watch will be different from the current model.

It is not uncommon if you are among those who are more interested to know about the overall appearance here. According to some specialists the appearance of upcoming Apple Watch 2 may not be very different from the present edition. But one thing we would like to tell you that specifications are going to be much influential this time. It can have better display outside the room. Moreover many other components as well as chip are going to be more powerful. You will also find connectivity options more functional here. The launch date is not clear right now. However according to some sources Apple is planning to launch it with their next iPhone model. We discussed last time that pre-orders of iPhone 7 may start from September 9th, 2016. So we cannot deny with the possibility that Apple may start taking the pre-orders of Apple Watch 2 from the same date.