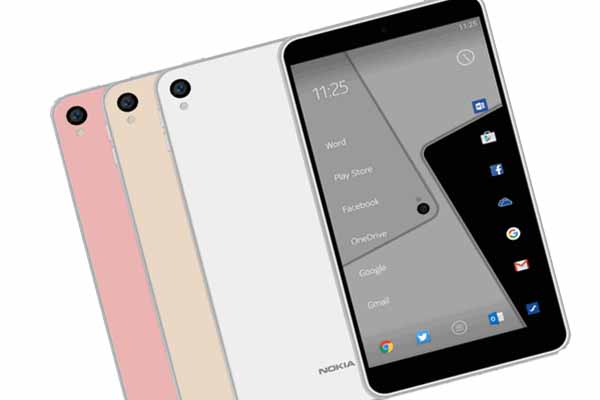 Nokia is now ready to grab headlines after a long time. A few months ago they told officially that company is planning to enter smartphone market once again. The makers brought Nokia N1 tablet before and it got some success. However it was not available widely but most of the users were satisfied with its performance. Now it can be the first time when we see the full-fledged launch of smartphone by Nokia and it may arrive into the different markets. Company is bringing the model with the help of Foxconn. It will work through Nokia Z launcher UI which will be based on Android 7.0 Naugat.

Many specialists are saying that the gadget will have 2K display and Nokia is planning to include 2.1 GHz Qualcomm Snapdragon 820 processor here. The gadget can have two different screen sizes.  The first gadget is expected to have 5.2 inch touchscreen whereas the second gadget can have a 5.5 inch screen. Both the gadgets are going to be IP68 certified which can be very useful for all the users. Nokia is well known for their tough devices. Therefore they would like to extend the legacy forward with these models. Dustproof and waterproof models are undoubtedly beneficial for all the users.

Nokia is entering into the smartphone world after a long time. So the expectations from every corner will be sky high. Makers also know this point very clearly. So they will definitely like to bring the gadget with prime characteristics. Many people are saying that both the gadgets will have metal body. The primary cameras of both the models can be of 22.6MP. These specifications are not official at present. But some experts are saying that Nokia may announce something after a month or two. These models may arrive by the end of this year or at the beginning of 2017. It may first arrive in China. The price may start from $448 only.

Nokia is getting ready to re-enter into the market. Therefore rumours are bound to surface regularly in coming times. Currently Nokia is working on both the models. Therefore there are chances that we may see many changes before the final release. We will keep informing you about all the related developments in coming weeks. Nokia has the potential to show its strength into the market. But a lot will depend how they enter into the market with these two new models.