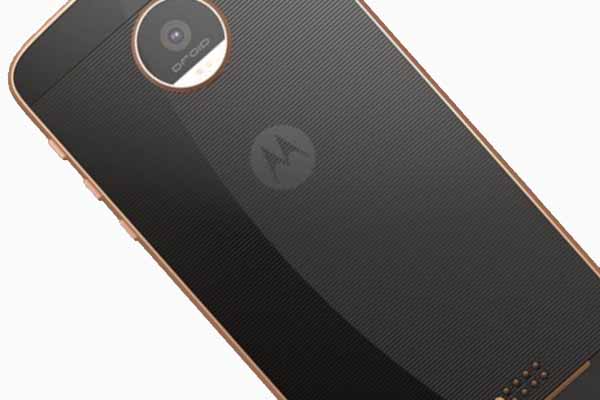 Moto Z is the next smartphone by Motorola. Company is not saying anything about the release date but many industry specialists have the opinion that the gadget may arrive in September. Company may announce the official details soon. However before the official release some leaked reports are giving the inside details of this gadget. Motorola prefers not to include too many of their additional apps. The same may happen this time also. This is undoubtedly good for most of the customers. Here we are discussing the details of this model.

Moto Z is expected to have 5.5 inch AMOLED screen which can have an FHD resolutions of 1080*1920 pixels. Company may include modular accessories here but they may not include headphone jack which is very surprising for many people. There are reports that it is going to be the thinnest model of the market at the time of release. Measurements of 153.3*75.3*5.19 mm itself tells the story. The expected weight is 139 grams. It may be based on Android version 6.0.1 Marshmallow operating system. However Motorola always prefer updating the gadget immediately. Therefore we may see the new update very soon.

There are no official words about the processor at present. But there are chances that company may not include the newest Qualcomm Snapdragon 821 processor in this device. The gadget may launch with Snapdragon 820 processor. It can have Adreno 530 GPU and RAM can be of 4GB. Internal capacity can be 32GB or 64GB. There is a microSD card slot which can be also be used as an additional SIM card slot. Primary camera can be of 13MP with characteristics like laser autofocus and image stabilization. Secondary camera can be of 5MP. It will have USB Type-C connectivity. Battery is one of the most vital points which we cannot ignore while purchasing the gadget. This smartphone may have a 2600 mAh battery. However it is not the official figure right now. It is still not clear how the gadget will perform with this battery.

Overall the gadget can be a good choice for those who are looking for a smartphone with less weight. It is also incredibly thin. The modular design of the gadget may attract a lot of buyers. However there is one crucial point which Motorola cannot ignore in any case. Apple is also planning to launch iPhone 7 in September. You easily understood that point. Right?