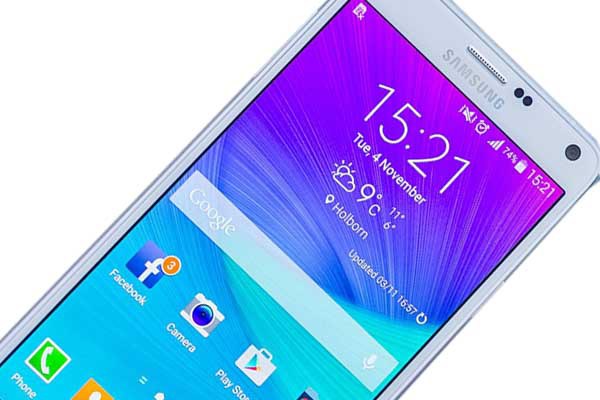 A lot has been said about Samsung Galaxy Note 7 all over the internet. Isn’t it? However nothing was official so far. Now this is the first time Samsung is talking about their upcoming new phablet with media. The South Korean giant has started sending media invites to launch their premium gadget. They are going to organize an event in New York to show this model. Company has also planned to organize a simultaneous event in Rio de Janeiro as well as London to bring their next ‘Note’. The date of the event is August 2nd, 2016. Therefore we just have a few days left to see the next ‘phablet’ by the makers.

Samsung Electronics was among the first company who started offering ‘phablet’ into the market. They challenged the dominance of Apple into the market and started offering gadgets which was not easy to replace with any other model. Now we all know how far Samsung has reached as they are the leader of smartphone industry. They are bringing the ‘Note’ phablet from some time now and it is extremely successful throughout the globe. Markets as well as experts eagerly wait for the next ‘Note’ as it is still considered to be among the most influential Android gadgets of the marketplace. The level of excitement is always high for this model. This is among the prime reasons due to which Samsung is planning to show the event through live streaming also through their website.

A lot of speculations were also going on about the name. It is now official that the gadget will be called as Samsung Galaxy Note 7. Company discussed the reason through their blog post and told that it will help streamlining the names in a right way. The name of next Note will complement their Galaxy ‘S’ series and it will unify their product portfolio. This decision by Samsung will assist a lot of customers throughout the world to understand the gadget appropriately. People will come to know more easily about the latest mobile technology offered by Samsung.

Samsung Galaxy Note 7 is expected to have a 5.7 inch screen with dual-edge curved display. It can have a Super AMOLED screen with water and dust resistance features. Experts have the view that it can have 6GB RAM and internal capacity may start from 32GB. Company may offer this model with 64GB as well as 256GB capacities but nothing has been said officially at present. Primary camera can be of 12MP with dual-pixel technology whereas secondary camera is expected to be of 5MP. The phablet can have Qualcomm Snapdragon 820 processor or Exynos 8893 this time. However there are possibilities that company may prefer adding the newly launched Qualcomm Snapdragon 821 Processor here.