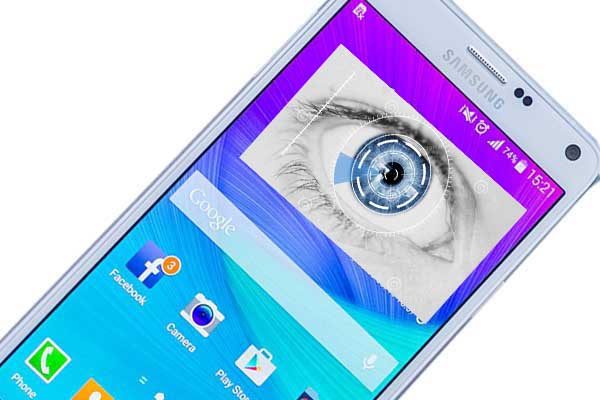 The release date of Samsung Galaxy Note 7 is approaching fast. Recently we were talking about a special event which Samsung is planning to organize on August 2nd this year. It is almost certain that Galaxy Note 7 will be unveiled on this date. However before the release a lot of leaked reports are mentioning some important parts of this upcoming device.

Many specialists are saying that Samsung Galaxy Note 7 will definitely have an Iris scanner this time. There are some leaked images which are almost confirming that company is planning to include the feature in this gadget. You may already know that ‘Galaxy Note’ is among the top Android model of the market. It is leading the premium Android segment from almost five years now. Company prefer releasing this model through a special event and the available features itself tell the difference between this model and other models. The image is showing many types of new lenses placed just over the screen. It gives a hint that the gadget will most probably have Iris scanner.

It is almost certain that these lenses are related to Iris scanner because currently it is tough to imagine any other use of these scanners. Company recently filed the patent for this technology. Therefore most of the people are convinced that Samsung will add the feature this time now. The front section may appear very similar to Samsung Galaxy S7 Edge. The upcoming gadget can have round edges with additional lenses and it will make the device different from many other gadgets. Screen-size of the model can be 5.7 inches. Some sources are saying that it can be 5.8 inches but the chances are less. You may also use QHD AMOLED display here.

It is almost certain that it will be an IP68 certified model. Therefore you will get dust and water protection comfortably. This smartphone can have 6GB of RAM whereas internal capacity can be 64GB. Company may add a 12MP dual-pixel primary camera here whereas secondary camera can be of 5MP. USB Type-C port is also expected here. Samsung will definitely prefer bringing this model with Android Nougat operating system. Battery capacity can be around 4200 mAh. We just have a month left to see the official details of this model. You will get all the information as soon as Samsung officially unveils the gadget in New York.