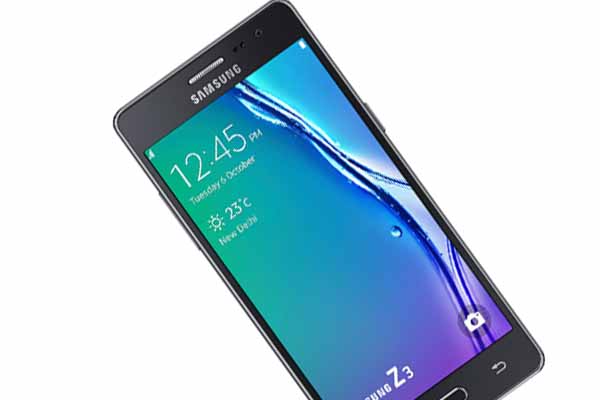 Samsung brought Z3 in October last year. Now company made some changes in this device and recently launched it for enterprise customers. The name of this model tells a lot about this device. It is for people who belong to corporate and other business world. It was launched in Russia and the gadget is based on Tizen version 2.4 operating system.

You may remember that Samsung launched the first Z3 edition in India last year. Now this version of Samsung Z3 is different from the edition launched in India. Samsung Z3 Corporate Edition is more suitable for businessmen and people of corporate world. The functions of this device will help them to manage their various tasks comfortably. The gadget is not suitable for people who do not require heavy functions related to a particular business. Therefore in general we can say that it is not useful for an average customer. The previous edition of Z3 is different from the current edition which was just launched into the Russian market. The main difference is the chip. Samsung Z3 Corporate edition has Qualcomm MSM8916 Snapdragon 410 chip which is different from the previous version. This chip is more influential than the last time. Therefore the performance will be better which will help enterprise customers to manage their work effectively.

Experts have the view that customers belong to business world require model which should not only be safe but fast also. Therefore once you check this gadget you will find that the model can work with blazing speed. You may not find the same functions in the edition launched in India because that model was for those who do not require very heavy usage all the time. The same is not the case with businessmen. They generally require different kinds of functions to manage their work. Samsung Z3 Corporate Edition is only for this category.

Now another major difference is the network. This new gadget has the support of 4G LTE network while the previous edition has the support of 3G network. The price of the new gadget starts from $260 only. Currently makers are offering this model through their partner only. You will not find the device in Samsung’s website. Screen-size is 5 inches and it has Super AMOLED capacitive touchscreen. Company is offering 15% discount to those who purchase it before 30th June. Therefore if you purchase it right now then you may have to pay just $220 only. Linux Center Store is the official partner of Samsung. Company has started offering the model through this store.