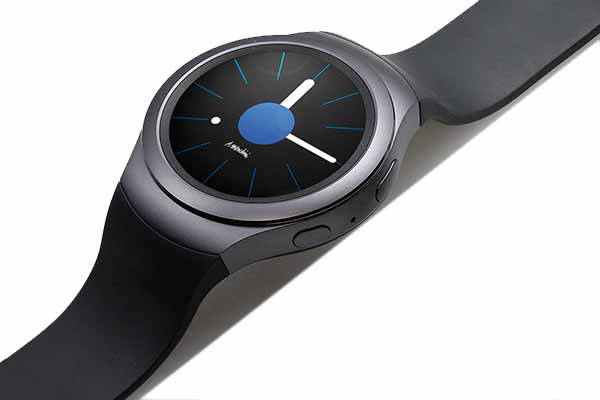 Samsung is now all-set to bring the third edition of their S series smartwatch. Some reports are giving a hint that Samsung is planning to announce the next of S-series watch in IFA 2016 which will be held in Berlin. So Germany is going to be the country where Samsung is looking to discuss about their next smartwatch model. There are some talks that Samsung is joining hands with Swiss Jeweller as well as watchmaker to bring the next edition of smartwatch. However so far there are no specification details available about Samsung Gear S3 Smartwatch.

It will be a luxury model and many sources are indicating that Swiss watchmaker de Grisogono is going to design this edition. This is not the first time that we will see the luxury edition of this smartwatch. They brought the luxury edition of the gadget last year also and the price for the same is $15000. People close to the industry are saying that company is satisfied with the sales figure and they are planning to bring the next edition during the same time like last year.

Currently the official details of this model are not available but most of the experts are claiming that company is planning to bring the model in a new way. It may be bringing iOS compatibility which can be very surprising for the market. All the related things may be available in IFA 2016 event. Therefore before the announcement, Samsung is looking to bring the model in a way which will keep the product different in comparison to others. If Samsung includes iOS compatibility then it will be a big thing in this segment. This will certainly open a new door which will bring more competition into the market.

Many other makers are also planning to bring smartwatches during the same time. Motorola is another name in this segment. Therefore it will be highly interesting to see how they will compete with Samsung here. There is no doubt that Samsung never hesitates to offer innovative models to their customers. They did it in smartphone section and they are among the top makers who are now doing different kinds of experiments in Smartwatch section also. Currently Samsung is not talking anything about this model. However it is almost certain that we are going to see this luxurious model somewhere at the last quarter. They got good response from the current model and they are hoping the same for the upcoming model also.