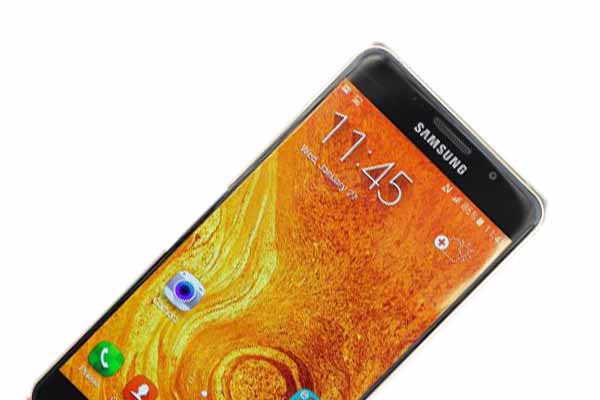 We all know that Galaxy series by Samsung is extremely popular among the masses. Now the latest reports are giving a hint that makers may further plan to expand the series as they may bring new C-Series models in coming times. Currently nothing is official but some leaked reports are saying that company is working on a new series which will increase the competition in the market. It can be a tough challenger as company may bring the gadget with some highly useful specifications. Last month an Indian import-export website Zauba gave a clue about it and now the details have been surfaced once again.

The reports are saying that the upcoming gadget will have an Octa-core CPU with Snapdragon 617 chipset. Currently the exact official name is not known but it looks like the gadget can be of higher midrange segment which can be useful for accessing different functions with ease. This smartphone can have Adreno 405 GPU and it will be based on Android 6.0.1 Marshmallow operating system. The available RAM can be 4GB. There are no other details about the memory is available at present but hopefully we may get some more information very soon.

The screen-size of the model is expected to be 5.2 inch and it seems that currently the work is going on with rapid speed. There are chances that we may hear the official announcement by the end of this month. Samsung is well-aware of the competition in midrange segment. Many other makers like Xiaomi, HTC, and Lenovo are paying special attention to this area. They know that the market is huge in this sector. Therefore it is very clear that they are working hard to prove that they are still the best in this segment. We have seen that other makers have offered some incredible devices last month. These devices have premium features and price is almost half in comparison to some big players. Samsung is getting this point clearly and they are now preparing to show their strength.

We have to say that the competition is no way less than the battle now. The fittest is going to survive. The new C-Series smartphone can give direct competition to a number of makers like HTC and LG. The price of this gadget can be around $205 only. So get ready to analyze the upcoming beast by Samsung. It will be highly exciting to test this model.