How to Build Career in Game Design and Development 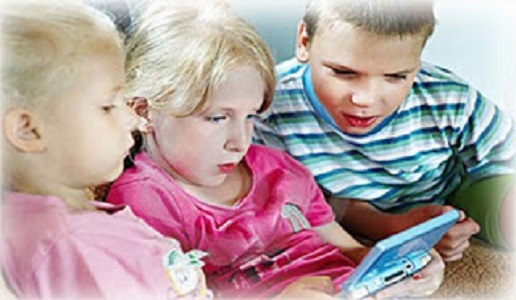 In the age of digitization, computer and its applications occupy strong position and skillfully serve the individuals in different spheres of life. One of the biggest contributions made by computer is in the field of game designing and development. Globalization and multinational culture has widely made its space and masses have adjusted to the changes. The culture has specially affected those in metropolis cities where both the parents work and the child mostly remains hooked to TV and Computer screens. Here games have become major source of entertainment for kids. In fact not only these kids, but parents to join the young ones in the same and are making the generation techno savvy each day.

But from where do various 3d characters come from. You might not be even aware of from where does that Mario came when you were knee high to the grasshopper but with all zeal you tried gathering the coins in the game. Today’s generation is more demanding. They want better each day and hence the demand for game designers is widening.

Game design and development has evolved as a strong career. Many students are enrolling in to game designing courses to pursue a career. If you are willing to plan a career as an artist, game designer or programmer you will have variety of job sets to choose from.

You might be really concerned about what the above three do. Well let’s take a quick glance on their roles.

He is responsible for creating a detailed designs and blueprint document. He comprises all the important aspects as in game design, game play, interface and various others. Updates the design documents, follows the basic build of the design and incorporates the tester feedback too in the design document. He should be proficient in creativity, close knowledge of the gaming industry and good skills in structuring and collaboration of designs. The designer also includes other roles as in level designer, mechanic designer, lead designer and writer.

Programming is the most tedious and time taking task. It comes as most frequent job openings. Seeing the same many aspirants and students are taking up the course seriously as there is ease of finding a job in the industry.

Many entry level jobs require programmers for handling small things and it can be golden opportunity to break in to the gaming world. To be a gaming programmer aspirant should have a degree in computer science, physics and 3D mathematics. Common roles of the game programmer include junior programmer, engineer programmer, physics programmer, AI programmer, network Programmer, lead programmers.

Artists find remarkable opportunities boasting huge creative freedom and work on both 2D and 3D. They are responsible for creating highly polished art pieces for promoting the game. The roles and responsibilities shouldered by the game artist comprises almost one-third of the work of the entire game development team. Proficiency in 2D and 3D is close to mandatory. Game art also comprises work of concept artist, modeler, environment artist, texture artist, animator, cinematic artist, UI artist and art director. Many big organizations have a full-fledged team comprising all independently managing their tasks in contradiction to small ones where few share the roles.

Why to become a game designer and developer?

You stay abreast of the dynamic industry: –

Nothing remains stagnate and the ideal holds true with the gaming world too. The industry undergoes various changes. As the demands of the gamer’s changes with time, the designers have to come up with something new. Therefore the industry keeps the developers on the toes. The challenges to furnish something out of the box, keeps them motivated. And hence the industry sees no stagnation.

First thing an aspirant may look while taking up a job is the salary package offered. Game design and development jobs offer high salaries to the aspirants. Better promotion and respectable job profiles are accessible.

Game designing and developer aspirants have plenty of opportunities before them. From big brands to smaller ones, many companies have entered in to the animation and gaming world, so it provides various opportunities to the aspirants.

Work with proficient people around and learn more:-

Working and learning goes hand in hand. You find better job opportunities and a healthier environment to boost your creativity. Cross functional platform provides more learning ambiance and helps you learn more about other’s profile. While working closely with other gaming department teams you stay abreast of latest tools and techniques. So work for play and learn more and more.

Opportunities as a game designers are profuse in the country and across. Multi career path are available to access. So give a kick start to your career and flex your creative muscles.