The acquisition of WhatsApp by Facebook for approximately $22 billion did raise quite a few eyebrows, but a distinct class also believed that WhatsApp will be taken to another level by Facebook. That is probably what is happening with the addition of the new calling feature by WhatsApp. The initial rollout for the feature was done a few weeks ago, but on an experimental basis.

WhatsApp was precisely looking into all the aspects of the ‘calling feature’ before rolling it out for the general users. It seems that the company has made the final amendments and rolled it out for the general users. The feature is available for the users running WhatsApp version 2.11.531 from the Official website or on version 2.11.528 from the Google Play Store. Gladly the feature does not depend on the Android version that you are using, thus allowing a much wider scope.

How to activate WhatsApp Calling for Android?

The initial rollout made a few weeks ago was not at all reliable. But now, many users already have a stable WhatsApp Calling feature installed. The steps to be followed are very simple. Here is a guide to help you through. 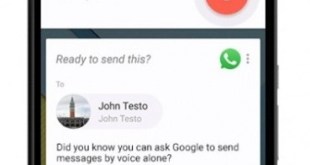