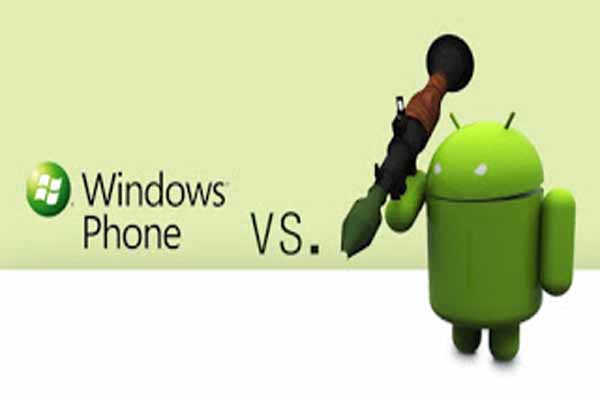 The debate over which system is better has been going on for quite a long time. The race towards gratifying oneself with the latest technology is something that the 20th century is known for. Therefore, in a situation where in two strong competitors stand opposite each other to compete for which one serves the best purpose, it becomes extremely difficult for one to decide for sure. Let’s compare two of the most popular leading systems in the market and figure out which one’s better.

Android is a mobile operating system (OS) based on the Linux kernel and currently developed by Google, whereas, Windows  is a metafamily of graphical operatingsystems developed, marketed, and sold by Microsoft. Android was released 6 years ago back in 2008 with a marketing target of smartphones, tablet computers, TVs, cars and wearable devices. Windows, on the other hand, has been in the market since November 20, 1985 – making it 29 years in total. Its marketing target has always been personal computing which later developed into phones and other devices as well. The most recent version of Windows for personal computers, tablets and smartphones is Windows 10 as of now and Android just recently came up with 5.1.1 “Lollipop” three months ago.

Both the system operations have gone through major modifications over the years given and each time, they came up with something newer, it became increasingly difficult to choose which one is better. Android had gotten its biggest design update in 2014, with the introduction of Lollipop 5.0. It caused a rave in the market in terms of innovation, upgrade and material design. On the other hand, Windows took a completely different step forward by designing unique through its optimal use of resizable tiles flipping.

The Android operating system had its own app store namely, The Google Play wherein one can download countless number of applications and generate content. Whereas, the Windows operating system has the Window Store, which provides the user with the best experience of the app space existence.

Android is known for coming in so many different sizes and modes. On one hand where it can be looked upon as an advantage, there is always a possibility of the lack of consistency. This is where the Windows phone provide the ability to function on all devices due to its stability.

Both the organizations are showing latest developments in all fields possible.