Pre-Order of LG G5 Starts in the UK 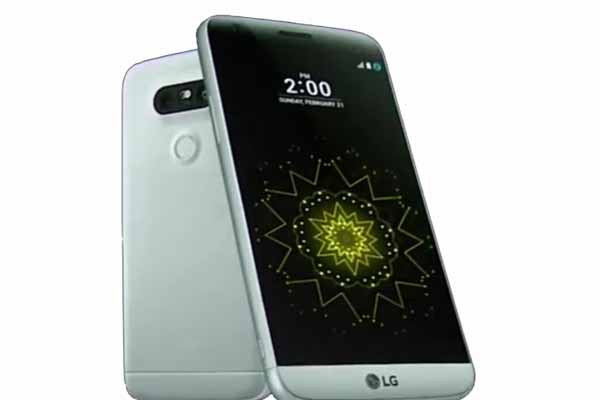 LG G5 is among the premium Android models of the market for 2016 and this smartphone is now ready to compete with other makers like Samsung and HTC. Many experts were saying that LG was not performing up to the expectations but now results are looking far better than 2 years ago. LG G5 is an astonishing gadget which will soon be available throughout the globe. Company has recently launched the model in The US and now they are ready to bring it into The UK.

Retailer Carphone Warehouse in The UK has started the process and they have listed the model for pre-order. The price of the model is £499.99 and it will be a SIM-free edition. Amazon was already selling the device with a price tag of £529 but now they have changed their plans now. They are also selling the device in £499.99 only. One of the best things about placing the order through Carphone Warehouse is that you would be able to get the device by April 1st. It is much before than other retailers. It can be exciting for many customers as retailers may bring some new deals very soon.

Some other retailers may bring it soon but the chances are very less that they would be able to deliver the product early. Amazon is expected to deliver the model by April 8th which some users may not prefer. There is no difference in price. Therefore most of the people will like to get their gadget as soon as possible. The global launch of this model is March 31st. Therefore it will be thrilling for the users to get their model on April 1st. LG is planning to deliver the new smartphone soon because they are already behind than many other makers. Samsung is already selling their premium models Samsung Galaxy S7 and S7 Edge from some time. Therefore LG is not interested to lose the market share anymore.

Carphone Warehouse is an excellent choice for those who are looking silver model. You will also get an exclusive deal as they are offering a free pair of B&O Play headphones. The price of this headphone is £149 only. So visit the official website of this dealer to know more about it. You can also check websites of EE, Vodafone, mobiles.co.uk, and Vodafone to know more about other deals.