Samsung Notebook 9: Excellent Option for Those Who Want a Thin Laptop 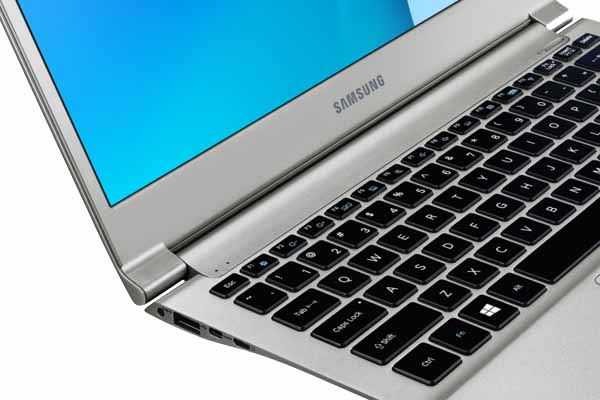 Samsung is a leader in smartphone industry. They are also bringing a number of electronics equipments from some time and laptops are one of them. Now they are steadily gaining popularity for their high-quality laptops as they are not only stylish but thin also. Recently they brought Samsung Notebook 9 into the marketplace. The machine has become popular in a small time due to its size. This laptop is certainly among the thinnest laptops at present. Those who want a thin laptop as they have to travel a lot can consider this gizmo without any doubt. Some experts are saying that it is so thin that even MacBook Air is looking a little fat in front of this machine.

There are four editions of Samsung Notebook 9. The screen-size of the first edition is 13.3 inches while the second is of 15 inches. Screen optimizations of these models have made the machines highly attractive. The display looks awesome because of it. Resolutions are 1920*1080 pixels and it has a Full HD screen. The weight of the smaller edition is just 0.84 Kg. You will find this edition even lighter than some tablets. The bigger edition weighs 1.29 Kg. which is not bad while comparing it with other models of similar range.

Both the models work with Windows 10 operating system. They have shown how to make an excellent laptop with Windows which is a big plus for the makers. The SSD storage capacity of all the models is 256GB. You can utilize up to 8GB of RAM and they have 6th generation Skylake processors by Intel. One of the best things about both the models is that you can easily share files among a variety of devices. The models allow you to share data with Smart TV, other Samsung laptops, tablets as well as Galaxy smartphones. These models have Samsung Link 2.0 due to which file sharing becomes a smooth process. Company has claimed that the models have their proprietary technology through which you can get a complete charge within 1.5 hours.

These models have USB-C port and they have additional USB 3.0 alternative which is highly supportive for most of the users. You can also use microSD as well as HDMI in these models. Furthermore 4K touchscreen display makes these devices an admirable choice. Company has also added another model “Notebook 9 Spin” now. This model can work like a portable tablet when required by the user. The Notebook has ultra-detailed QHD+ touchscreen that is capable to give a stunning display all the time. Furthermore the fourth edition has 15.6 inch screen with same system memory and storage capacity. It has NVIDIA GeForce GTX950M chipset.