LG K5 and K8 to Arrive This Week 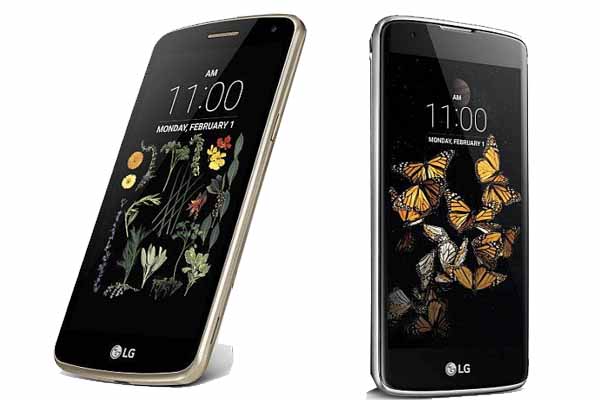 We all are hearing a lot about LG G5. It is the premium gadget by the company and the makers are planning to bring it very soon. Now it doesn’t mean that company is not paying attention towards their other series. The ‘K’ series by LG is known for their budget models. We will soon see two new models under this series. The first is LG K5 and the second is LG K8.

President and CEO of LG Electronics mobile recently made the statement that both these gadgets will be an excellent choice for those who are looking for a powerful model with great appearance. Both the models are going to be launched this week. It is vital to inform you that LG K5 will first be available in Latin America, CIS and Europe. The gadget will be called Q6 in Mexico. LG K8 is going to arrive at Africa, Latin America, The Middle East, Asia, and CIS.

Specifications tell that the gadget is excellent for those who are looking for an influential smartphone under budget category. LG K5 will have 5 inch screen and it will have FWVGA display. The resolutions of the screen will be 480*854 pixels. The dimensions will be 145*71.6*8.9 mm. The primary camera of this model will be of 5MP whereas you can take selfies with a 2MP camera. The performance of camera is satisfactory under this range. The gadget will work with the help of Android 5.1 Lollipop operating system. It has the newest Wi-Fi connectivity alternatives but it doesn’t support 4G network. You can utilize a 1.3 GHz quad-core processor. RAM is 1GB and internal storage capacity is 32GB. You can expand the memory with the help of microSD card. This smartphone will be available in Gold, Titan and Silver colour.

Specifications of this model say that this smartphone is on a little higher side. This model has also a 5 inch screen but it has 8MP of primary and 5MP of secondary camera. The gadget will work through Android 6.0 Marshmallow operating system. You can use 4G LTE network and it has NFC connectivity. Makers have added the volume and power button on the backside of this device. Memory is different for different parts of the world. North American and European models will have 1.5GB of RAM whereas South American models will have 1GB of RAM. This gadget will be available in White, Gold and Indigo colour. The model will have 2.5D Arc Glass.