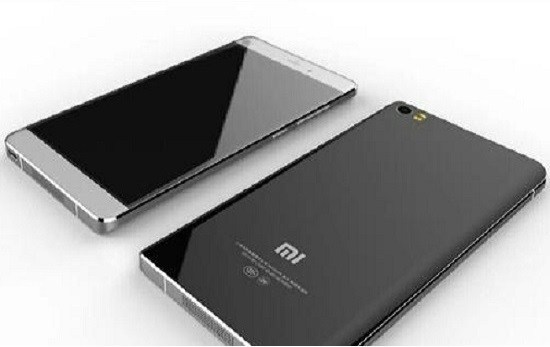 The first quarter of 2016 is about to end soon. It is the time when we see a number of new smartphone coming up into the marketplace as many makers show their upcoming models in MWC event. Xiaomi is among the few companies who did not take much of their time to establish themselves as a reliable brand even after getting criticized by some experts. There is certainly no doubt that their models are well-liked by many people and the company is getting ready to bring their new flagship model for their customers. They showed Xiaomi Mi5 in MWC 2016 event as well as in a special event in China. Company is claiming that the gadget can be compared with premium models and you can get best specifications without investing heavily to get the model. It is a thing to check and we are comparing this model to another model of similar range to get a clear picture. Sony is also ready with their Sony Xperia XA model and most probably this model will also arrive next month into the market. Here is the comparison of these two models.

Size & Display: – The dimensions of Xiaomi Mi5 are 5.69*2.72*0.29 inches. This smartphone weighs 129 grams and you can use dual-SIM in this model. Company is using a 5.15 inches of IPS LCD capacitive touchscreen here and the resolutions are 1080*1920 pixels. The pixel density of this smartphone is 428 ppi. Sony Xperia XA has the dimensions of 5.65*2.63*0.31 inches. The weight is 137.4 grams and you can add a nano-SIM here. This gadget also has IPS LCD capacitive touchscreen and the screen-size is 5.0 inches. Multi-touch function is available up to 4 fingers and the resolutions are 720*1280 pixels. This smartphone has a scratch-resistant glass and the pixel density of the gadget is 294 ppi.

Hardware & OS: – One of the best things about Xiaomi Mi5 is that you can use Qualcomm Snapdragon 820 processor in this model. There are not many makers who are providing it at this range. This will allow your smartphone to function with rapid speed. Moreover you can use different features without any difficulty. Company has added dual-core 1.6 GHz Kryo and dual-core 1.8GHz Kryo chips in standard edition whereas other edition is loaded with dual-core 2.15GHz Kryo along with dual-core 1.6GHz Kryo chip. The gadget has Adreno 530 GPU and you can use the newest Android 6.0 Marshmallow operating system. Sony Xperia XA also has a powerful Octa-Core 2.0 GHz Cortex-A53 processor and the gadget has MediaTek MT6755 Helio P10 chipset. This smartphone has Mali-T860MP2 GPU and company is using Android version 6.0.1 Marshmallow operating system.

Battery: – Xiaomi is using a non-removable Li-Po 3000 mAh battery in this model. However Sony has added a 2300 mAh Li-Ion battery here.

The price of Xiaomi Mi5 starts with $399 only whereas Sony Xperia XA may cost around $555 only. So check these specifications carefully and decide which one can be the best for you.