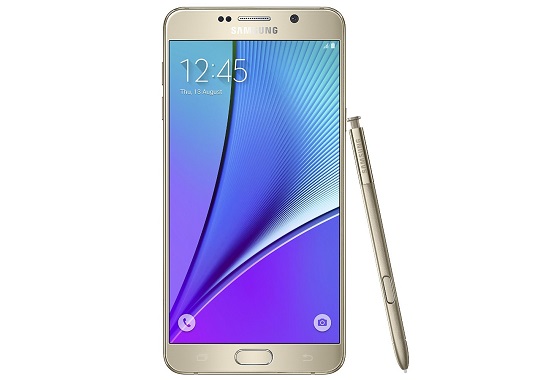 Samsung Galaxy Note 5 is currently among the best premium Android smartphone in the market. Company has brought some top quality features in this gadget which people appreciated throughout the globe. The big display with high-quality Super AMOLED capacitive touchscreen makes this device an excellent choice for those who are looking for a gadget with some influential features.

Now the makers are further making the device powerful by updating the operating system of this device. Company has brought Android Version 6.0 Marshmallow update for this gadget which is a big plus for all the users. This new update not only going to make the device safer but the new display will give a fresh look. Samsung brought the beta testers new operating system in few markets including The USA, The UK, and South Korea. Now company is bringing the update for AT&T Galaxy Note 5 users. There are reports that around 200 AT&T users who have registered for Android version 6.0 Marshmallow Beta update got an email about it. This email tells the process of getting the update and the new version can help installing the beta operating system with ease.

The size of this update is a little heftier this time. The beginners are going to receive a heavy update of 1.3GB. Many new icons have been added which can give a fresh knowledge to the users. Many leaked reports are also suggesting that not only Samsung Galaxy Note 5 but S6 Edge+ also are going to receive Android 6.0 Marshmallow update. Makers are taking the final steps to update these devices. There are no details given by Samsung that how many models are going to receive new updates. Experts are saying that these are not the only two models who will receive the updates. Many other models may receive it soon within one month.

Android Marshmallow updates are currently available widely with Nexus models. Now Samsung is taking the required steps to start updating the devices. Most probably we may see these updates by the end of this month. Samsung is also going to bring their Galaxy S7 and Galaxy S7 Edge models very soon. They may take two more weeks to show it to the people. These devices are expected to have Android version 6.0 Marshmallow. So if you are using Galaxy Note 5 then you will soon get Android 6.0 Marshmallow update. It will give you the chance to utilize the complete power of the device.