HP and Microsoft meet for its flagship notebook: Spectre x360 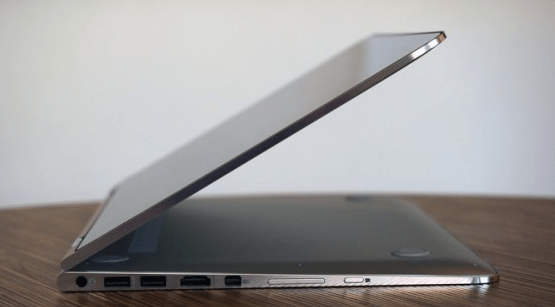 The Spectre x360 has a 360 degree hinge allowing the notebook to fold and thus allowing the users to use it as a heavy tablet. To be true, the idea has been taken from Lenovo’s Yoga series, but has certainly been implemented in a much better way.

The notebook has a strong body, which makes the notebook a perfect choice for heavy users. The Windows 8.1 notebook comes with three USB 3.0 sockets, an HDMI port and a mini display port. The basic configuration includes Intel Core i5 processors, 4 GB Ram and a minimum of 128 GB SSD. Other variants include i7 processor, 8 GB RAM and 256 GB SSD. You can also upgrade your SSD drive to 512 GB.

The Spectre x360 comes with a 13.3 inch optical IPS display with a Quad HD resolution. The other hardware parts are a result of the collaboration with Microsoft except for the touchpad. The notebook uses Synaptics touch surface instead of Microsoft’s Precision Touchpad. Some individuals were disappointed not to see the precision touchpad in the near perfect device.

The notebook is surprisingly heavy for a 13 inch device and will certainly affect the portability issues. The notebook, then again makes up with an expected 12.5 hour battery back up with hard usage. The notebook does not have a lot of pre-installed HP softwares which also helps to keep the system clean.

The general thought was that HP Spectre x360 will be launched with Windows 10 but there is no official news to it. In fact, both the companies have restrained from making any comments.

The HP Spectre x360 is available in the following configurations: