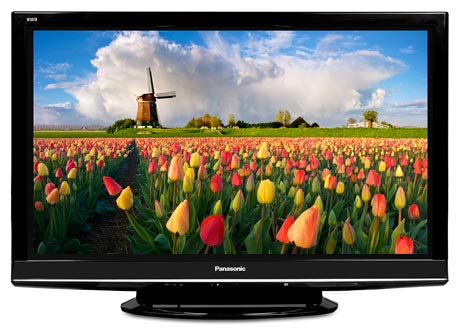 You get a lot for your money with the TX-P 50 GW 10 — the only major weakness is the average-to-poor de-interlacing. Operation is like child’s play and the picture looks superb. A real highlight! 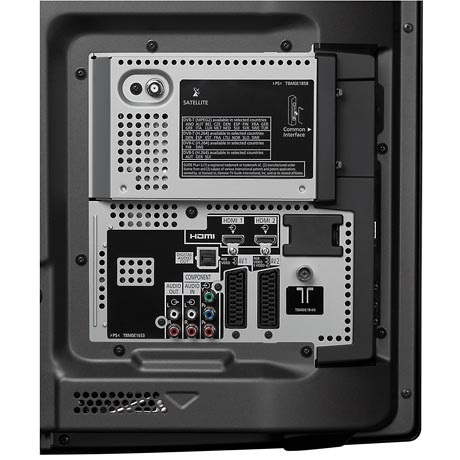 The easily accessible sockets on the rear of the unit carry exemplary labelling.

Multimedia isn’t a particularly strong point on the GW 10 series, which lacks an internet connection, for example — such connections are limited to Panasonic’s pricier V10 series. Still, the GW 10 series offers a side-mounted SD-card reader, allowing playback of photos and AVCHD-format camcorder videos.

Other Features and Operation 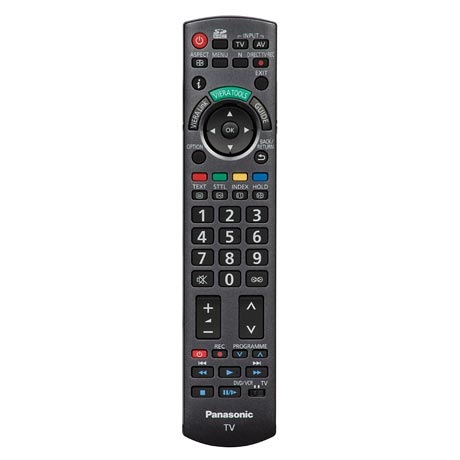 What really makes this Panasonic special is the universal tuner. It’ll receive analogue and digital signals via antenna, cable, and satellite (including HDTV). That covers every type of TV signal — but some subscription broadcasters in the United Kingdom forbid customers to use their subscription cards in third-party receivers. In other words, you’ll still have to use the set-top box if you don’t want to risk being cut off. In any case, the TX-P 50 GW 10 lacks support for the forthcoming “CI+” encryption standard.

The menus are a pleasure to operate: With the current firmware version (1.402), they react at lightning speed to the user’s input. Applause also goes to the pre-sorted channel lists and the exemplary range of channel-management features. The only criticisms are the lack of an Electronic Program Guide (EPG) for DVB-C and the time needed to track down certain settings.

The multituner processes analogue and digital TV signals in both standard and HD resolutions accurately. The best pictures, we thought, came via digital satellite and in the “Cinema” preset — the Panasonic then delivers a sharp picture with convincing colours. Worthy of some improvement, on the other hand, is the preset gamma value, 2.0, which makes the picture look way too milky — users should change the gamma setting to 2.2 or even 2.5.

One feature we rate highly is the option to switch off picture-cropping (“Picture Overscan”) even for standard-definition signals. This makes the picture appear more detailed, since no picture information is lost. In 576i format, most TV programmes and DVDs display accurately, but we also noticed some weaknesses, such as line-flicker in DVD movies that lack a “progressive flag” — for example, our beloved test DVD “Six Days Seven Nights”. But while typical plasma weaknesses such as large-area flicker and noise occasionally occur, they barely tarnish the gleaming overall impression.

The brightness suffices even for bright rooms, but LCD TVs are inherently better in this respect. Motion clarity, on the other hand, is one of plasma’s traditional strong points, and it’s superb on this Panasonic, whose “Intelligent Frame Creation” (IFC) technology can significantly reduce double edges in PAL signals. You can even leave IFC active during films, since the technology retains the original cinema-style judder, instead of smoothing it out as do many TVs.

Here, again, the signal processing works well — as we ascertained using HDTV test patterns from the test disc “DVE HD Basics”. Films arriving in 1080i format via HDMI, however, are less than perfect — here, details tend to flicker from time to time, an effect best seen at the start of Chapter 3 of “Casino Royale”. But we found no cause for complaint in 24p playback — motion looks just as it does in the cinema.

In other respects, too, the TX-P 50 GW 10 can hold its head high — for example, we’ve never before recorded such lofty contrast ratios in this price range. Thanks to rich blacks and crystal-clear differentiation in dark areas, even night-time scenes show impressive depth. Colours are also largely convincing, with natural skin tones and neutral greyscales. Niggling weaknesses include the slight gradation that appears in colour blends, and that primary colours such as red and green look a bit too synthetic.

In the last section of our review, the Panasonic disappoints: Music sounds flat, and bass tends to distort. What’s more, if the room is very quiet, you’ll be also be able to hear some operating noise from the electronics and fans.