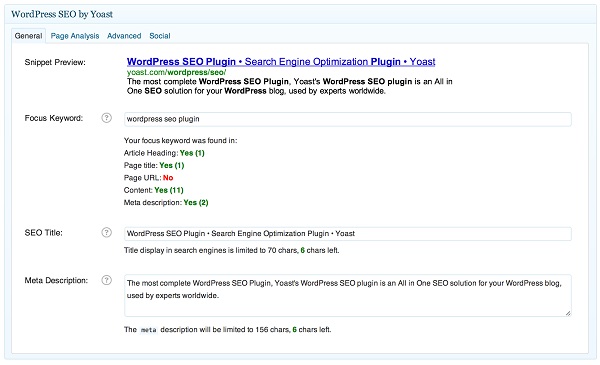 WordPress has long been my CMS of choice for creating blogs. Not just TechDrink, but several other ones too. There’s AppleJuice, my Apple indulgence blog. In the past there were Sporting Fare and InoperanteOnline, both thriving blogs with strong, large audiences, now defunct and offline as my entire focus goes into TechDrink.

In the course of building these blogs I have tried and tested countless plug-ins to alter the appearance, functionality, virality and visibility of WordPress. I’ve rejected probably 99% of them, but over the years there are five that I have come to rely on for each and every build. These plug-ins aren’t just useful, they continually go from strength to strength, which is really what you want as you know they’ll keep pace with blogging technology and WordPress’ own updates. Now I want to share them with you, and hopefully you’ll find them as indispensable as I do.

WordPress is already fairly search engine friendly, but when it comes to those SEO plug-ins that aid your visibility in Google and the rest, there is none to compare to WordPress SEO. Developed by Dutchman Joost de Valk, WordPress SEO gives you complete control of every aspect of your blog, from page titles and META descriptions through URL/permalink structure control and onpage optimisation to sitemaps and robots files.

You could install four or five plug-ins just to cover some of what WordPress SEO has to offer. And it’s completely free (though Joost would appreciate a donation!).

It’s not the only plug-in developed by Yoast either, you’ll find several other very useful ones over on Joost’s site.

If you need a contact / feedback form for your blog, then look no further than Gravity Forms from Rocket Genius. Unbelievably easy to install, highly customisable and relatively simple to skin to suit your own design. The number of options are incredible, it even allows people wanting to contact you to add attachments via the form, which I’ve found very useful when it comes to people offering to guest post on TechDrink. Just take a look at this feature list.

There is a cost to Gravity Forms ($39 for single site usage), though you can install it free of charge if you can get hold of a copy. But without the license key you’ll not get access to all the updates that keep coming out, most of which just make the plug-in better with each iteration.

I can’t begin to count the number of Commenting plug-ins I’ve tried over the years. WordPress’ own is pretty good if  you can keep the spam off it. Facebook Comments is also good, though you do limit your audience somewhat. Disqus seems to be the choice of many WordPress bloggers, but I’ve never gotten on with it. Then I discovered Livefyre and I’ve never looked back.

It takes a bit to install it, though if you get it right first time it’s a breeze, but once you have and it’s imported all your old WordPress comments (oh yes, it does that, woohoo!) you’re off and running. The benefits of Livefyre are many.

Firstly, your readers can sign in to comment using a Livefyre account, Facebook, Twitter, Google, LinkedIn or OpenId, which basically means your audience is not restricted in any way at all. Secondly, if the conversation around your post is happening on Twitter or Facebook, no problem, Livefyre brings it into your blog. Thirdly, you can tag other commenters in your posts so they’ll see your replies, ensuring the conversation continues far beyond what it normally would. Finally, Livefyre makes it easy for readers to share certain comments on the most popular social networks, spreading the word even further.

Oh yeah, it’s all real time too, so no need to refresh the page for new comments. Just go and install it!

It’s one thing to have a popular post, but it’s quite another to keep your readers engaged by giving them a simple and attractive way to hop over to another, related article that might interest them. The best way by far to do this is with The Slide plug-in, developed by SimpleReach.

There’s a lot of these types of plug-ins around, but The Slide is relatively unique in the way that it slides in from the bottom right of the screen when a reader reaches the bottom of the current article and is customisable to show posts related by category or tag or just random. It’s appearance is also customisable in terms of colour, thumbnail and other options. You’ll see it in action for yourself when you get to the bottom of this article. Much better than the many static ‘related article’ plug-ins around. And it’s free.

With the world increasingly going (gone?) mobile, having a site that works on smartphones and tablets is an absolute must. But developing a site that either works on mobile and desktop or an entirely separate mobile-only site is something of a pain. Not with WordPress and the brilliant WPTouch plug-in from BraveNewCode.

The free version is powerful enough. In fact, if you’re reading this on your phone or tablet, you’re seeing it in action. It looks great, allows commenting and simplifies the hell out of taking your WordPress blog to mobile. And it’s customisable to a point too, in terms of fonts and colours. Upgrade to WPTouch Pro though, and you get a tonne of extra features, including multi-language, custom icons, additional themes and multi-level navigation menus. Not bad for $49.

To be perfectly honest though, unless your blog readership is in the tens of thousands and you rely on advertising for revenue the free version will see you right.

Barring any of these halting on the development front, I won’t start a blog or website without them. One of the first things I do on a fresh WordPress install is drop these plug-ins in, before I even look at design and content. That way I’ve got the best base possible for the site.

Do you use any of these? Or do you have any WordPress plug-ins you think are absolutely necessary? Let me know.