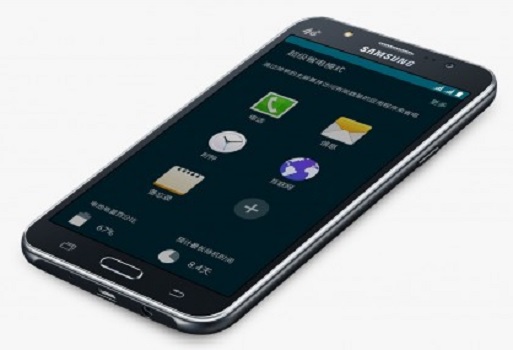 Samsung is quietly working on a new model of their ‘J’ series. However in the mean time the specifications of their upcoming model Samsung Galaxy J5 (2016) were revealed. The specifications are available through GFXBench website and it seems that the entire related details are already leaked before the release.

Display: – Many industry specialists are claiming that the model may most probably have the same specifications as per the leaked reports. Samsung has sent the model for testing purpose but the details are emerging out without any official information. The model number for Samsung Galaxy J5 (2016) has been coded as SM-J510x. This model can have a 5.2 inch display with resolutions of 1280*720 pixels. The touchscreen facility with minimum 5 finger gesture support is also expected to be there.

Operating System: – The reports are saying that the model is going to work through Android 5.1.1 operating system. It is a little surprising as Android Marshmallow may not be available for the users at the beginning.

Camera: – The rear facing camera of this gadget is expected to be of 12 MP. The resolutions can be around 4128*3096 pixels. It can have FHD video capacity with the power of 1920*1080. Front facing camera can be of 4.7MP that can have the resolutions of 2576*1932 pixels. Therefore most probably the gadget is expected to capture high-quality selfies.

Hardware: – Now in terms of hardware the model is not to disappoint many people in this range. It can have an influential Quad-Core CPU and you can utilize Qualcomm Adreno 306 GPU. The gadget is expected to have 1.8GB memory whereas inbuilt capacity can be up to 11GB.

Release Date: – Samsung announced their current J5 model in June last year. Therefore most probably they will announce the model around the same time this year.

These are the leaked details of Samsung Galaxy J5 (2016). Company didn’t announce any official details about the specifications as well as the release date. Most probably we may hear some details after a month or two from the South Korean company. The current model of this series has a 2600 mAh battery. Therefore company may like to enhance the power this time to make it more user-friendly for their customers. The upcoming may also not have gyroscope, compass, and barometer. However you can utilize NFC, lightsensor and proximity features in this device. Samsung Galaxy J5 is an influential model and can be a good choice for average users.