Now Pay to Use iTunes Radio 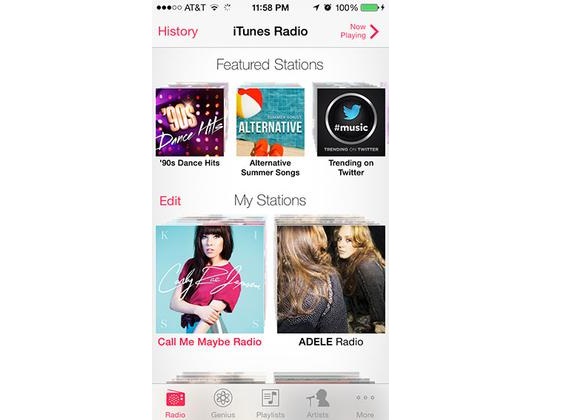 Free iTunes Radio are becoming the part of history now. Users have to pay from now onwards to use the services. iTunes Radio are becoming the section of Apple Music and it will no longer be available free of charge. The users now have to purchase the subscription for the services and it is certainly not good news for many music lovers. Apple spokesperson recently announced the details about it. He informed that company is going to make Beats 1 premier free broadcast and there will be no ad-supported stations from the end of January. He also told that company is going to inform the users about it through email.

You may already be aware of iTunes Radio. Apple first announced it as a free service in 2013. It supported ads due to which company was providing it for free. It was almost equivalent to Pandora that allowed the users to select the song of their choice and personalize the stream as per their requirement. They also provide genre stations to users for free and free streaming was available along with advertisements. Those customers who were using iTunes Match service were enjoying iTunes Radio with advertisements as they had already paid for the service. iTunes Radio with free subscription was undoubtedly better than its competitor from Google as users were able to play the song of their choice. Moreover they need not have to pay for using the services.

Now the whole system will be changed from the end of this month. Users can enjoy the personalized radio-stream after paying for the Apple Music subscription. Those who are going to subscribe for the services can utilize 3-month free trail. Later on the charges will be applicable as per the pack. There are reports that Apple will not continue their iAD network from the last week of June this year. It is among the prime reasons due to which they are changing their system.

However users can comfortably select their favorite song now as they have more choices. Earlier there were some restrictions for selecting the song but the case has been changed now. There are more alternative and if you are looking for some songs from a specific artist then you can select it with ease. It is almost certain that company may bring some more changes in iTunes Radio as the service is going to chargeable. We just have to wait for a few more days to know the complete details.