NIKE is the world’s biggest sporting good company and when it comes to wearable technology we can say that NIKE is in the lead. The latest launch of the company is Fuelband fitness tracker. The SE stands for second edition and is available for pre-ordering. The product will be available in stores from November 6th 2013 and the price of the product remains same which is 149$ or 12000 INR.

Coming to the physical appearance of the product, there are no major changes and it looks similar to the first edition. The color of the Fuelband is black with pink or crimson color on the inside. The band is now more flexible and is fitted with a bright LED.

If you tap twice you can see the current time, turning your Fuelband into a wristwatch. NIKE says that there are going to be many upgrades for the second edition and this upgrade will help the user to have a rich experience by helping the user to achieve his fitness goals by setting them. The real time feedback feature and remainder feature in this edition will make sure that you keep moving towards your goal.

The Fuelband SE is equipped with Bluetooth 4.0 tech that will allow the user to connect with the smartphone. This will avoid the unnecessary need for synchronizing the Fuelband and smartphone. But the technology is only for IOS phones.

The number of people spending money for fitness trackers is increasing. In 2012 8.3 million products got sold out and the number is expected to rise in this year. According to ABI research there could be a sale of 6 million dollars in the next five years.

WORDS from the vice president of NIKE:

Stefan Olander said that “Measuring yourself in a non-intrusive way is incredibly powerful” regarding the latest Fuelband SE launch. Understanding what people need is the biggest challenge the developers of Fuelband SE faced- said Olander.

How different is NIKE’s Fuelband SE is from other wearable technologies?

As we all know that NIKE is a sports brand which means that it will keep its focus mainly on athletes which makes them develop a technology that concentrates on fulfilling the needs of sportsmen – says Olander.

There is an array of features in Fuelband second edition that will improve the fitness tracking and can encourage the user to move more. The second edition was modified and made smarter so that the user gets credited for every deliberate move he makes. It also filters the activity that should not get credit for which means that the product knows difference between exercise and normal movement. It will represent your work in company’s metric form – “fuel” points.

1. The device is water-resistant

2. It provides remainders at hourly rate to move the users towards their goal

3. The user can tag their session to track their activity. For example, the Fuelband SE will credit the YOGA activity even if you don’t move your arms.

4. It can be paired with NIKE+ application which will allow the user to form groups with friends and other trainees.

5. User can achieve a wide range of trophies for every milestone they achieve.

6. You can see the time by tapping the button on the device twice. 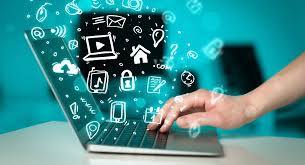