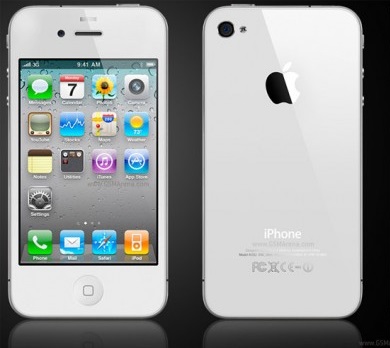 The Apple iPhone 4 has been much anticipated, and the build up to its launch was quite a story. Now its arrived, it features so much more than the rumours suggested. This is Apple’s best iPhone to date.

First up is the noticeable difference, and that is the design. The iPhone 4 has departed from the previous iPhone design and now features a glass front and back and a stainless steel band around the side. It looks stylish and smooth and feels solid and well built.

The stainless steel band incorporates the antennas for reception, which seems to have caused some issues when touching a certain part of the phone. We tested this out and while it does happen, we had no dropped calls or signal quality loss in strong signal areas, however in weak signal areas this may pose a problem. With a case on the phone, there is no issue. Apple is aware of this and has said it is a software problem with an update on the way.

One of the most outstanding features is the new display. It is sharp, colours are vivid, and it is just like looking at a printed magazine. The screen delivers the wow factor.

The camera has been upgraded to 5 megapixels and can also record HD video. The pictures are of high quality as is the video. A front facing camera has also been added for video calling, but can also be used for taking pictures or video of yourself. Will this help video calling take off? At the moment it only works over WiFi, but the quality is good, and if you know someone with an iPhone 4 then give it a go.

Other improvements include better battery life and running on the Apple A4 processor gives the new iPhone a big boost in speed.

Running on iOS4 adds multitasking, folders, iBooks, wallpaper and screen orientation lock amongst other features to the iPhone.

Overall this is a big update to the iPhone, and as already said in our opinion is Apple’s best iPhone to date. If however you are unsure on the reception issues, then maybe wait for a bit and see how Apple addresses it.