Wherever you go, snapping a selfie pic on your Smartphones has become a passing fantasy. A new accessory, which is also called as Selfie Stick had mean introduced back in 1925 to shoot beyond the normal range of the arm. To bring some changes in the popular gadget (Selfie Stick), DJI Osmo introduced a robotic Selfie Stick that brings more features and utilities. There are 3 main reasons to own a robotic Selfie stick rather than normal one. 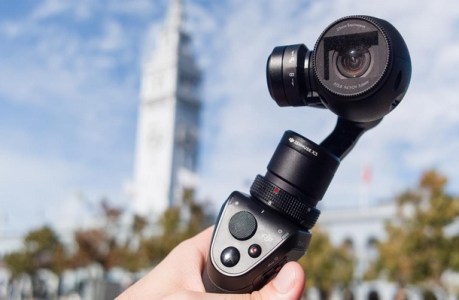 As normal selfie stick has limited features, DJI Osmo turned to commercialize their product to bring a new change in accessories.When it compared to normal Smartphone camera, the new thing in robotic selfie is enhanced new image stabilization specs.

Basically, our normal selfie stick is held with a single hand. On the similar way, robotic selfie stick control options are placed near the thumb finger. It is weightless, easy to carry and can be used in various spots.

According to the reports, robotic selfie stick works better and help you to avoid other 4K camera.

DJI Osmo says, “camera allows 4K HD videos of 60 Mbps and 60p. Users can choose between JPEG and DNG formats, either way, the 12-megapixels will work to deliver high quality pictures. Users can store as much as 64 GB of files and use the camera for 3 to 4 hours due to the 980 mAh battery”

It means, users can store snapped pics either in JPEG or DNG format. The 4K camera is now available in store for $650 including all accessories. On the other end, you can also purchase accessories separately with a price range of $25-$75. Stay connected and share your opinion in the comment section below. We look forward for more smart gadgets and accessories for the Smartphone.